Use one of the services below to sign in to PBS:

You've just tried to add this video to My List. But first, we need you to sign in to PBS using one of the services below.

You've just tried to add this show to My List. But first, we need you to sign in to PBS using one of the services below.

Get extended access to 1600+ episodes, binge watch your favorite shows, and stream anytime - online or in the PBS app.

You may have an unactivated NMPBS Passport member benefit. Check to see. 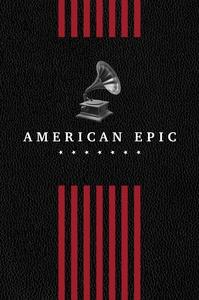 Travel the country in search of unknown 1920s artists, when the music of ordinary Americans was recorded for the first time, transforming music forever, in a three-part film narrated by Robert Redford, featuring Jack White, Nas, Taj Mahal and others.

Go inside one of the greatest-ever untold stories: how the ordinary people of America were given the opportunity to make records for the first time.

Behind the Scenes Images

Own American Epic on DVD/Blu-ray. Book and CDs are also available at shopPBS!

Get it on iTunes